European Tour PGA professional Gareth Maybin played Concra on March 3rd. Maybin turned professional in 2005 after completing a scholarship at the University of South Alabama. He remained in the United States and competed on the NGA Hooters Tour, where he finished fourth on the money list in his first season. He won two events on the tour between 2005 and 2007, and had several other top ten finishes.

In 2007, Maybin began to receive invitations to Challenge Tour tournaments in Europe, and after a series of strong finishes took up membership of this tour. The following year, he won the Qingdao Golf Open on his way to fourth place on the Challenge Tour money list, which gave him full exemption on the European Tour for 2009.

In his third event on the European Tour, Maybin lost in a playoff at the 2008 South African Open. This runner-up finish elevated him into the top 100 of the Official World Golf Rankings for the first time. Maybin finished the 2010 season in the top 40 on the Race to Dubai.

Maybin also represented Ireland, alongside Michael Hoey at the 2007 Omega Mission Hills World Cup. After his round at Concra, Gareth contacted the Concra Wood  professional Conor McKenna to wish Conor well in his new position and to comment on the course. Surmising his experience he  stated “ your course was in fantastic condition and greens where some of the best I have putted on in Ireland. Concra has the ability to hold a big event and the scenery was sensational.”

Number One PGA Professional in Ireland and winner of the Irish Order of Merit 2011 commented on Concra Wood after the PGA sprint event held at Concra Wood on Monday 30th April 2012.

“Concra Wood was awesome! For anyone who hasn’t played it yet – go ASAP! You will not regret it!”

PGA Europro Tour member, ex-irish International and winner of the 2009 North of Ireland Championship had this to say about Concra Wood, “Concra Wood Golf Club and Golf Course is a fantastic test for any golfer, from scratch golfers to high handicapers! Personally I found the course very enjoyable with some of the most spectacular scenary and fantastic greens all year round.  I would highly recommend Concra Wood, for all levels of golfer, it is suitable both for societies or even just a day away for a relaxing game. Conor (the pro) and all the staff were very welcoming and could not do enough for me from the moment I arrived. Concra Wood Golf Club is definately worth a try, I can guarantee you will be highly impressed and you will want to return time and time again”. 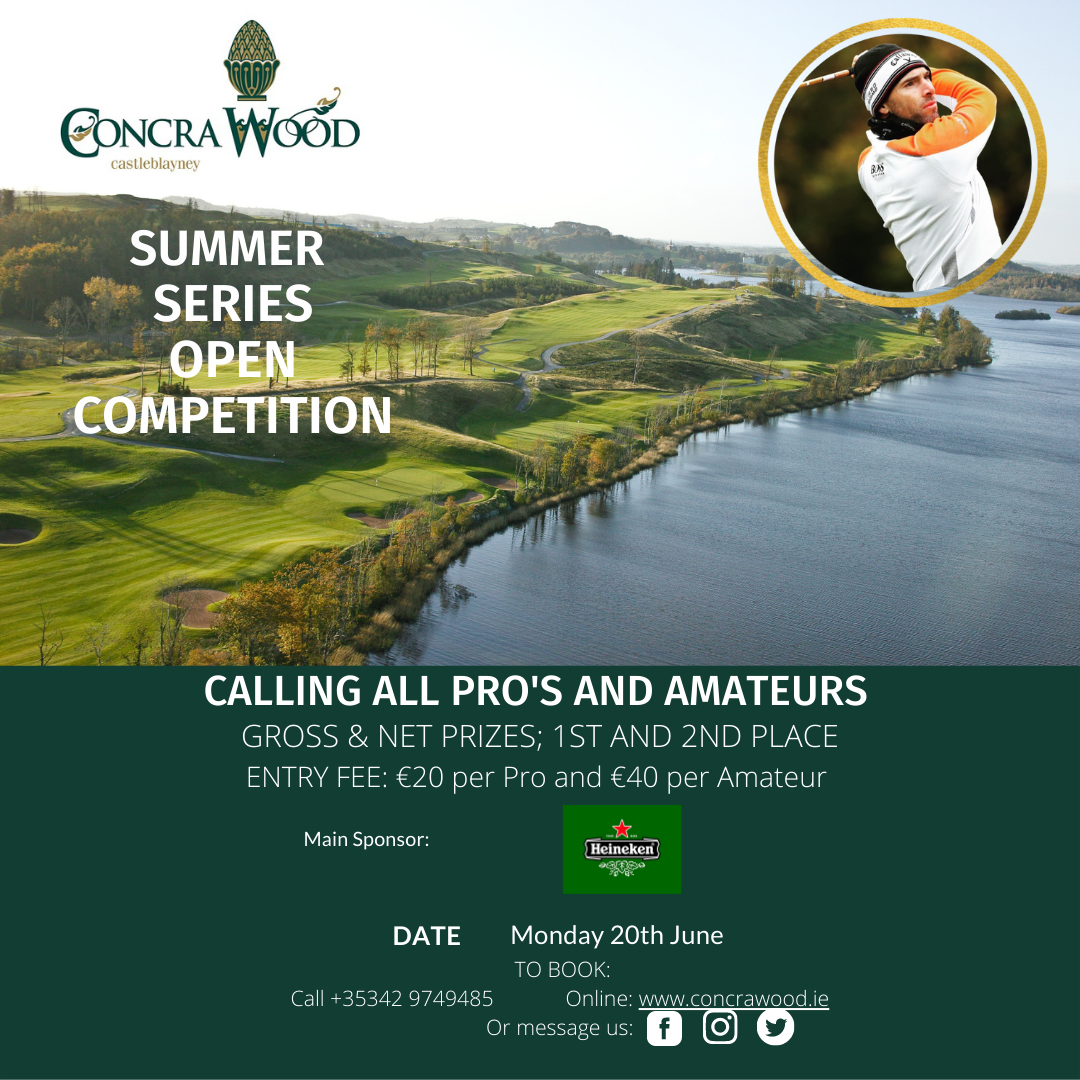